Thoughts from the Chair on the Post-2020 Commuter Railway 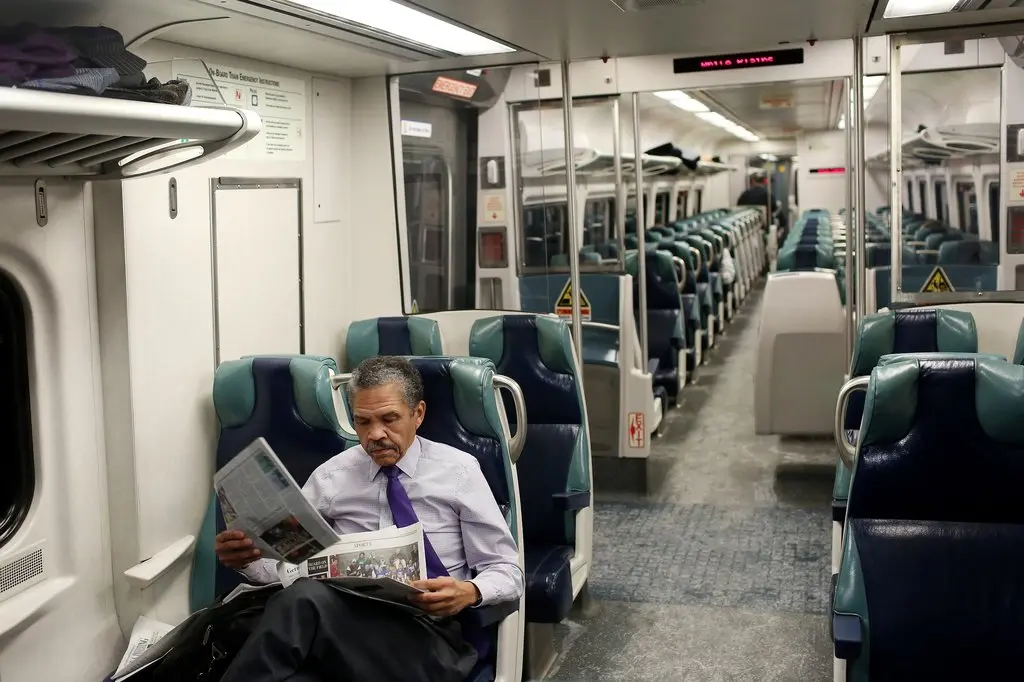 My career in the commuter railroad industry has spanned almost 44 years.  During those decades I
have participated in a rapidly expanding industry where the the number of US cities with commuter or regional service has more than doubled and the ridership on the systems that predated my arrival had grown by more than 75%.  Click here for more detail.  The markets for commuter rail service grew with skyrocketing office employment in central business districts.  New jobs increased peak passenger demand for downtown travel which clogged highways and spiked parking charges.   Commuter rail usually turned out to be faster than driving and cheaper than parking.  Every new downtown office tower increased demand for commuter railroad travel as suburbanites filled new well-paid jobs at their desks in the city.
This all changed in mid-March 2020 when the COVID-19 pandemic closed factories, schools and offices for the protection of the population.  Travel, transit use and commuter rail ridership plummeted.  Click here for more detail.
Office workers and their employers exploited the latest commerically available tools for telecommunication to establish a new mode of "Working From Home".  WFH turned out to be big success that will likely endure long after the other painful memories of the pandemic eventually fade.
As the imperative for social distancing has waned, the world is traveling again.  We're going to ball games, flying to distant cities and dining in restaurants.   But less than half of us have returned our old offices.  The transformative impact of WFH will likely have a permanent impact on commuting behavior that will be most pronouced in the commuter rail industry.
As noted above, decades were spent building up a national commuter railroad movement that linked suburbs to downtowns as a way of bypassing crowded highways and avoiding expensive parking.  It gave downtowns access to white collar workers that were unwilling or unable to live near their offices.  But that's all changed, perhaps permanently.   Those office workers that were the core of the commuter rail market can now work from home and don't seem likely to return.  WFH is just too easy and effective.
Let me share a few lines from Sunday's NY Times.

Since late March 2022, office occupancy has remained fairly flat, just above 40 percent, . Many company leaders who have reopened their offices are struggling to fill them, as the persistent delays in R.T.O. plans undermined both deadlines and details, like the specific days of the week that workers are expected back.

Unlike fully remote or in-person work arrangements, hybrid models have unfolded differently in every office, sometimes entailing two or three days a week of attendance and in other cases leaving employees to pick when they come in at will.  A global survey of more than 10,000 offices found that  nearly 20 percent of American office workers are back one day a week,

Wednesday is the most popular day for going into the office.   Nearly a third of employers surveyed haven’t decided on their return to office plans,

In contrast to offices, many entertainment and leisure activities have come roaring back in recent months.

The roads are full of cars. The schedule flexibility of WFH has allowed/required folks to travel by automobile at all hours of the day in a very atomistic fashion.   Our current model for rail transit is not well suited serving this atomized market.   The days of legions of workers filling scores of 1000-seat trains to all arrive at one destination at roughly the same time may never return.
As I see it, the challenges facing US commuter railroad management require it to respond to new market conditions.  The less peaked travel spread over the entire day with a bidirectional orientation will require frequent, fast bidirectional travel with good first-mile and last-mile connections.
The railroad will still need to try to peal drivers away from their cars.  That mode shift will be more difficult with the dispersed nature of post-2020 urban travel and WFH.
In order to economically operate the sorts of services attract riders in the free-range WFH era, "commuter railways" will need to:
It's easier to identify the challenges than it will be to solve them.
A significant immediate research need to help practioners develop services responding to the needs of Post-2020 commuter passengers is survey data to understand their demographics, trip purposes, service sensitivities (fares?  frequency?  speed?) and how they are different from 2019 passengers.
The  industry is getting started on many of the right things, but I don't forsee any unanimity of purpose until the major cultural shift in how "knowledge workers" will interact with one another in the post-2020 world is resolved.    But, WFH seems too successful for us to ever RTO as we had before.
Stay tuned.
David O. Nelson
Chair of TRB Commuter Rail Subcommittee: AP065(4)
and Senior Consultant, Jacobs Engineering Group
Nominally: 120 Saint James Avenue | Boston Massachusetts 02116 | USA
Mobile: (978) 360-0449 | david.nelson@jacobs.com
at May 25, 2022 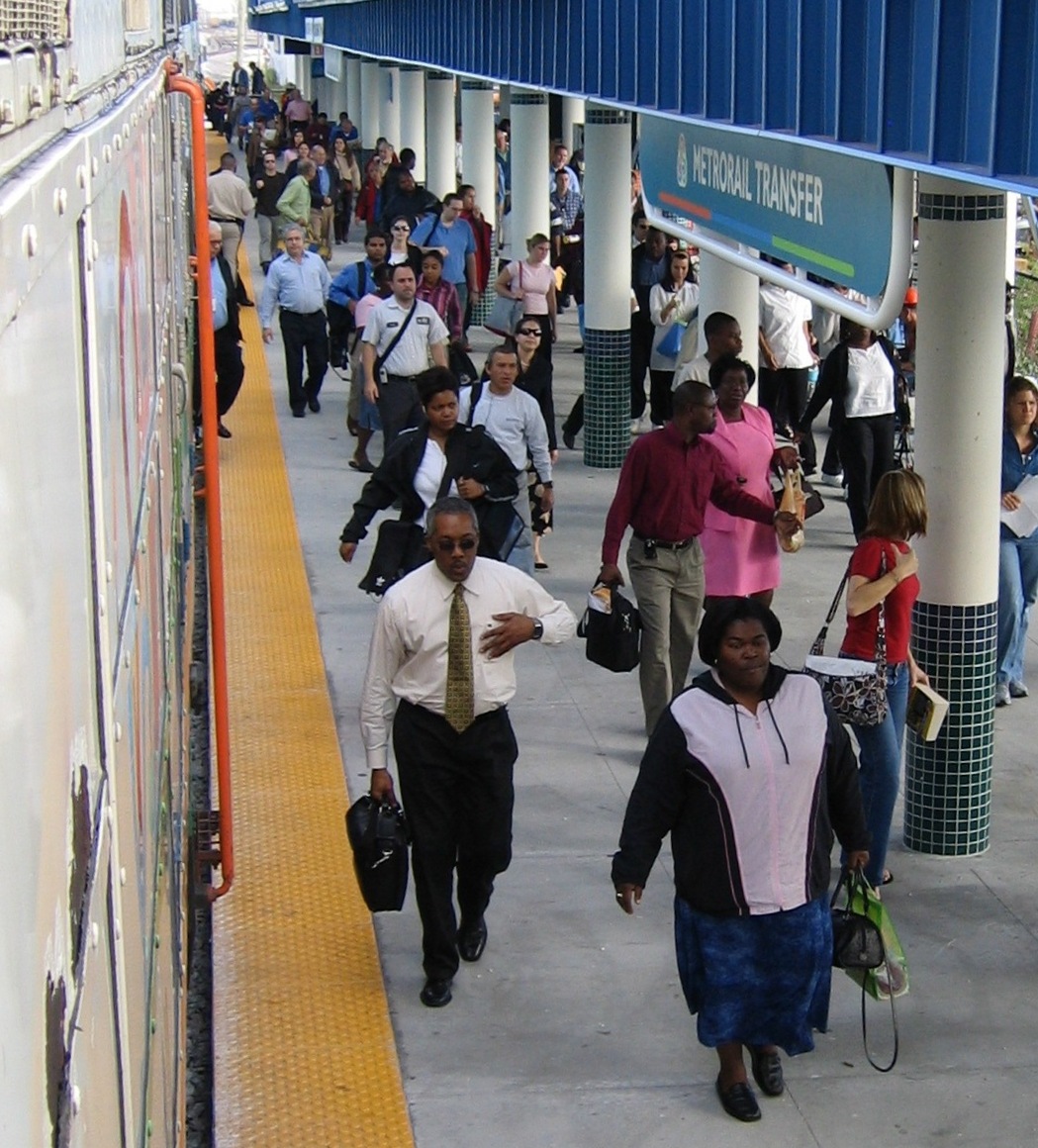